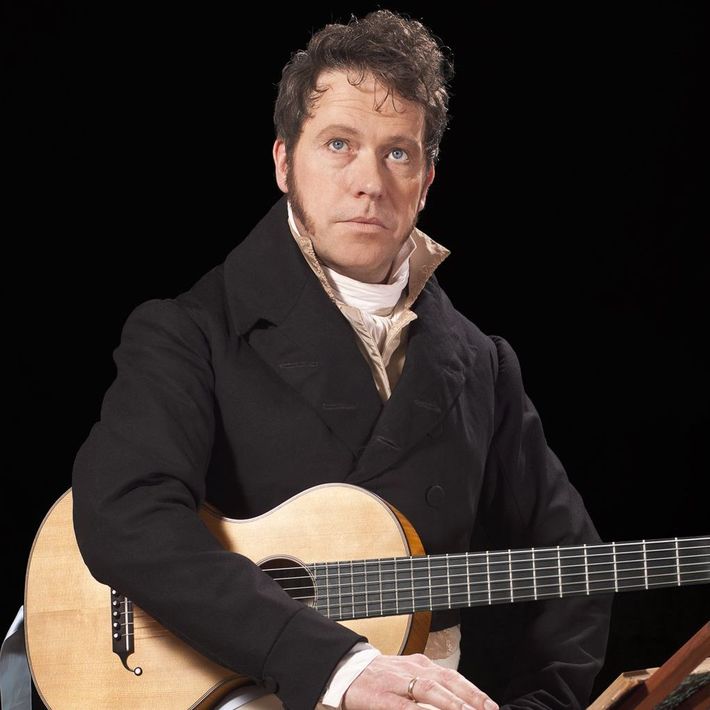 I'm interested in knowing how to arrange a song with basso continuo onto the baroque guitar. Is there some articles or book on the subject.Continue

the history of the guitar strings
2 Replies

In my search for new stringmakers I've come across different types of strings.Escpecially the bass strings with a gut core instead of silkthreads.Does anyone knows about the authenticity of the…Continue

line 6, bar 3.I'm curious to know if anyone has a suggestion how to performe this and what kind of technique is to be used.When i play it I stroke the first chord with my thumb and then pluck the two…Continue

Well the title says it all.Looking for 19th century music for mandolin and guitar.I have tried google but its so much easier to ask the experts in this forum :-)I have the music by Bortolazzi, but…Continue

About me:
I play in this guitarduo called Duo Historico. We play early romantic guitars with gut strings, with 19th century musicstand, and stools and in 19th century clothes

Hi, Lars!  I am technically Danish--my father is of full Danish heritage, making me 50%.  I know only a few words on the language, unfortunately.  I hope to keep up with your activity through the EarlyGuitar forum here.  Tusen tak!

Hi Lars. Thanks for the quick reply! I know the copy from the Boije collection; that is from the Leipzig edition. The number 1795 at the bottom of the pages is not the year, but the plate number: music publishers numbered the plates on which their editions were engraved, and that is how one (sometimes) can date them.

By the way, I very much like the sound of your guitar. Gut strings really make a world of difference.

Gavin Cawley said…
I think the instrument in the picture may be a viola da mano (e.g. http://www.vihuelademano.com/viola-da-mano/duo-viola-da-mano.htm) as there appears to be a viol style cut out in the body between the upper and lower bouts, just visible above the players right wrist.

Jelma van Amersfoort said…
Hello Lars, I think I just sent you a rather garbled message, so I try again. I mostly accompany a few good singers, and besides that I try to limit the playing to short projects, or I would go crazy. I agree with you that the late 18th and early 19th century are a fascinating time, so many revolutions happening, socially, politically, artistically... and the guitar right in the middle of all that! Anyway, I loved your videos, very stylish, and I hope you keep us posted with new duo developments. J.

Peter Forrester said…
Not a bandora - although it has similarities. Quite definitely a cittern, probably French, but it could also be Swedish, German, even Italian. The sitter, Carl Michael Bellman, 1740-1795 composed, and played, a very large number of songs with cittern accompaniment, and his first cittern was apparently brought back from Italy by his grandfather. My information comes from a friend in France. There is apparently a website - www.proprius.se/bellman.html ; at least one book, by Poul Austin Britten; and 'a lot' of CDs in Swedish and Danish; one by Martin Best 'To Carl Michael with Love'. I recently got a very nice CD of which approximately half the tracks are by Bellman, by Jakob Lindberg, with Anna Emilsson, voice. The Bellman tracks are played on an original French cister, not unlike the one in the painting, by Delaplanque 1776 - Svenska Sanger, Aterspeglingar, todoproduction 2007 TOP01.

Lars, I believe the instrument in the photo is a Bandora. See here: http://www.cs.dartmouth.edu/~lsa/aboutLute/Bandora.html