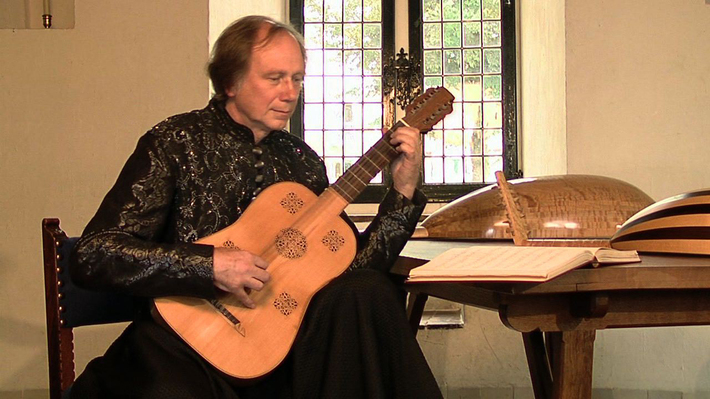 About me:
Hans Meijer plays renaissance lute, soprano lute, baroque lute, vihuela, renaissance guitar, baroque guitar , romantic guitar.
- all lutes, renaissance, baroque and romantic guitars ; harpsichords, virginals and clavichords are made by Hans Meijer and used in the Foundation Musick's Monument Multimedia projects
- in the photogallery I present a restored painted guitar and photos of the restoration.

Adrien Le Roy
(ca.1520 - 1598)
French publisher/printer, composer, lutenist and writer. From 1551 he ran the firm of Le Roy and Ballard in partnership with his brother-in-law Robert Ballard, of which he was artistic director and whose productions included many volumes of chansons and airs de cour. The firm was virtually without competition in France from 1551 to 1598. He was a friend of many composers, including Lassus, most of whose works he printed; he was author of long-popular pedagogical books for plucked string instruments. Le Roy had great skill in arranging vocal music for the lute, and his Instruction ... (reprinted 1574) describes how to do this, using Lassus' chansons as examples, as well as giving instruction in playing. He was a composer of chansons, accompanied songs, and pieces for cittern, lute, and guitar. 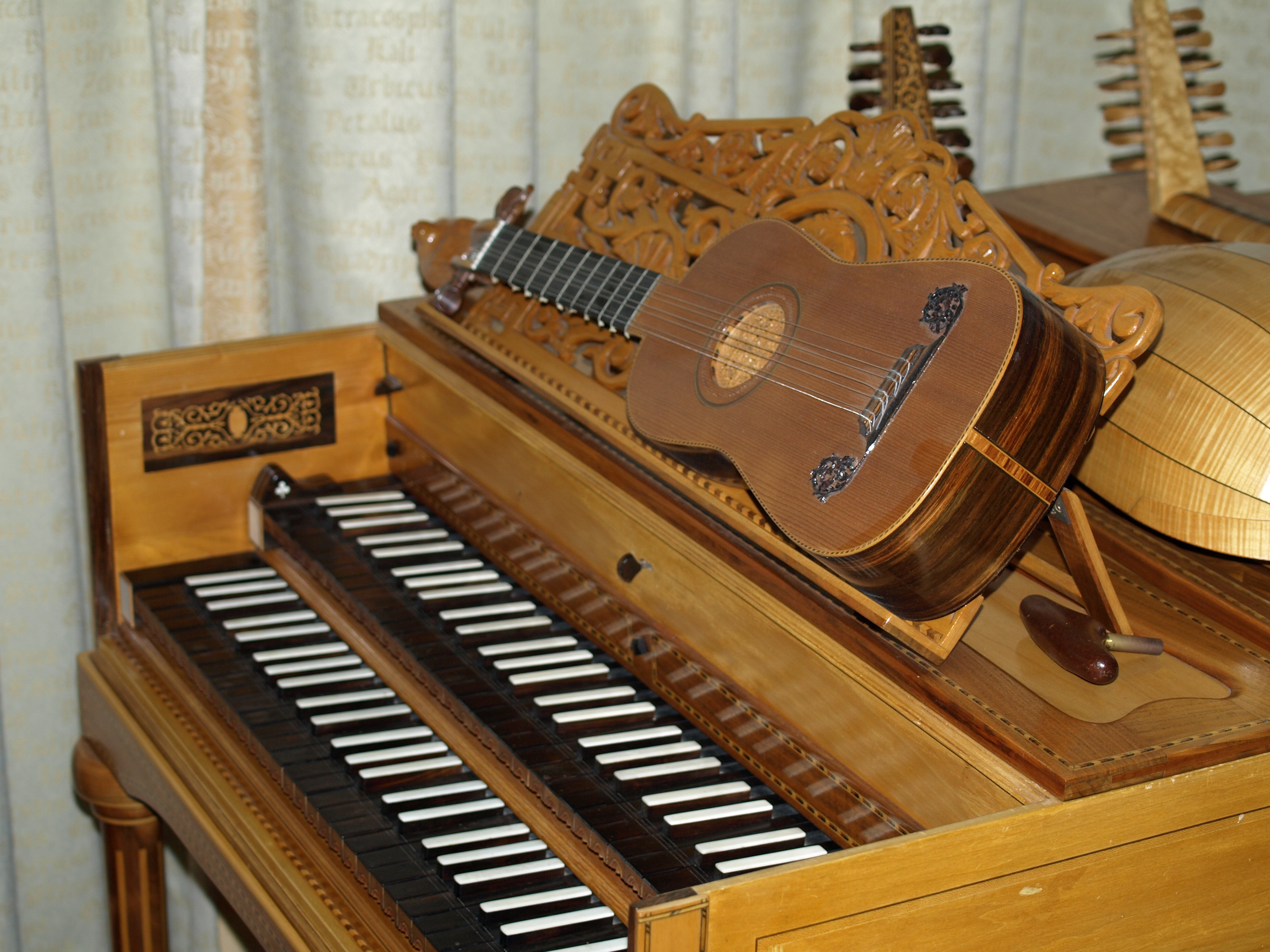 NETWORK FOR LOVERS OF VOCAL MUSIC 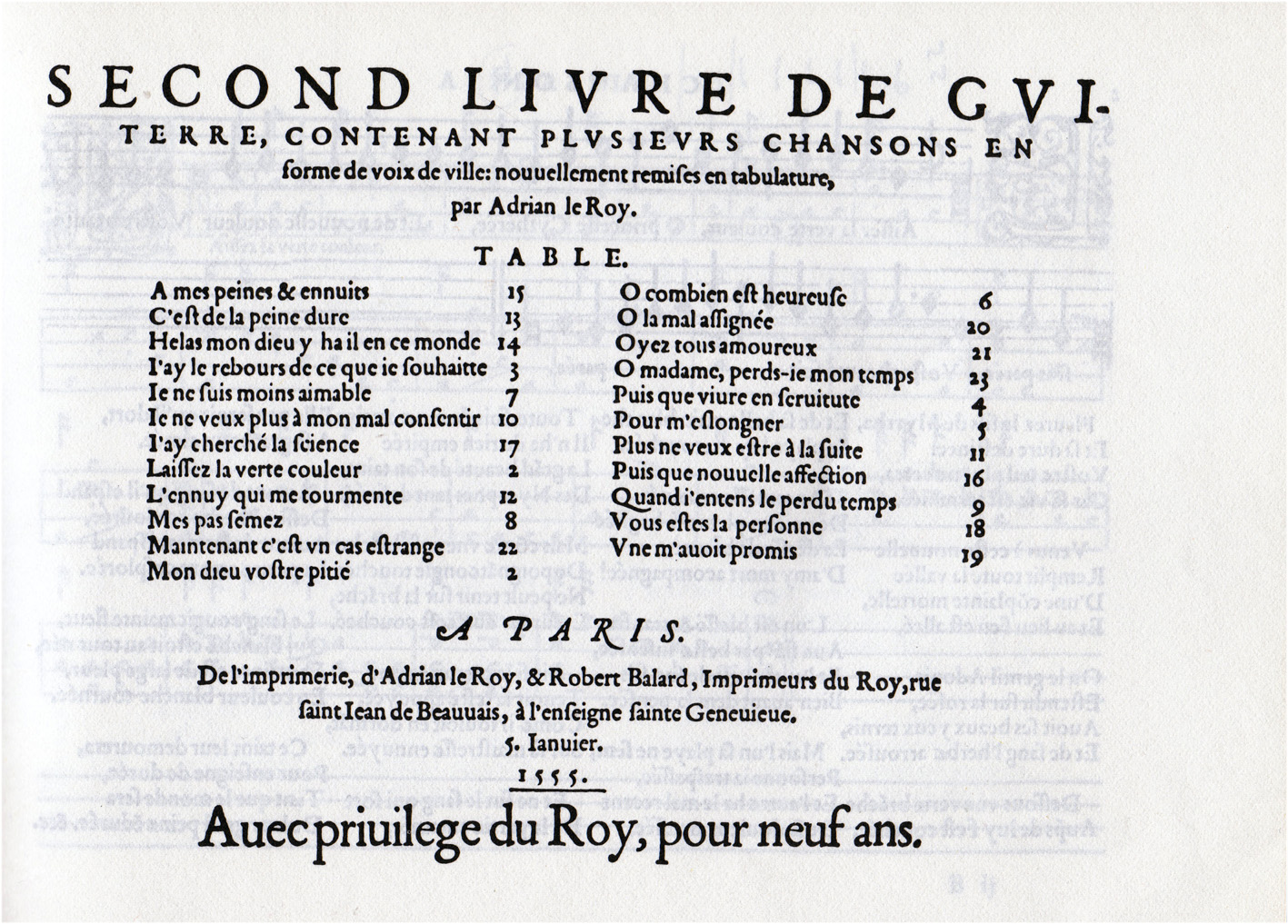