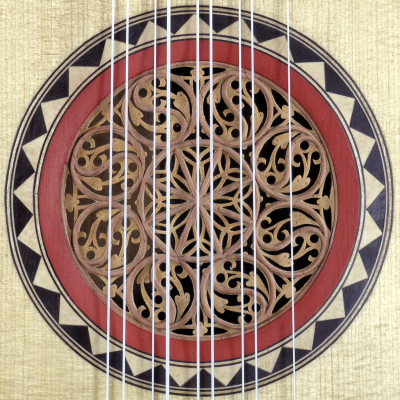 About me:
I was a professional musical instrument maker in the nineteen seventies and eighties, making mainly lutes but also vihuelas and reconstructions of early guitars. I have recently become interested again in the guitar and am planning to make one or two for my own use.
My other interests are painting, and black and white photography using home-made large format cameras.
I live in Ryedale, in North Yorkshire

Alan, thank you so much for the information, not only is it of great practical use, but it's a genuine thrill to me to get it from the luthier who made an instrument I've been so involved with since I was seventeen years old.

It's absolutely fascinating to finally find out all about it, especially the woods used in its construction, and that Penny must have only owned it a matter of months before I met her. No wonder she was so proud of it, although that never wore off to be truthful.

Thank you again, all it needs now is an owner who will do it justice. I firmly believe that quality instruments seem to withdraw into their shell a little when they're rarely used, needing regular string vibration to open up their musical pores again.

All the very best,

Hello Alan, I have a beautiful archlute made by you many years ago which I inherited from an old friend recently. She also left me a student renaissance lute which I intend to keep, but I need more information on the archlute in order to sell it, mainly to cover estate costs unfortunately.

I was wondering if you had any record of it, the owner being Penny Olver, either from somewhere in west London or in Llandrindod Wells in Wales, depending on when exactly she ordered it. She already owned it when I first played duets with her around 1982, and it may have been two or three years old at that time.

It has 7/7 courses, the string lengths are 640/885mm, and all are double courses except the top single. It was always tuned to G at 440 as far as I know, and still is. It's complete with a Roger A. Bamford hardcase.

An undated letter from you in the case lists string gauges and refers to it as an archlute, though she always called it a theorbo, it being one of those grey areas depending partly on the nationality of the original it may have been based on I guess, as well as how it is strung.

I confess I don't even know for certain which woods it is actually constructed from or any idea whatsoever as to its value, but it was her proudest possession and really needs to be played by someone!

I enclose a few photos, I hope they work!

Hope you're well, and many thanks for making such a fabulous instrument in the first place, 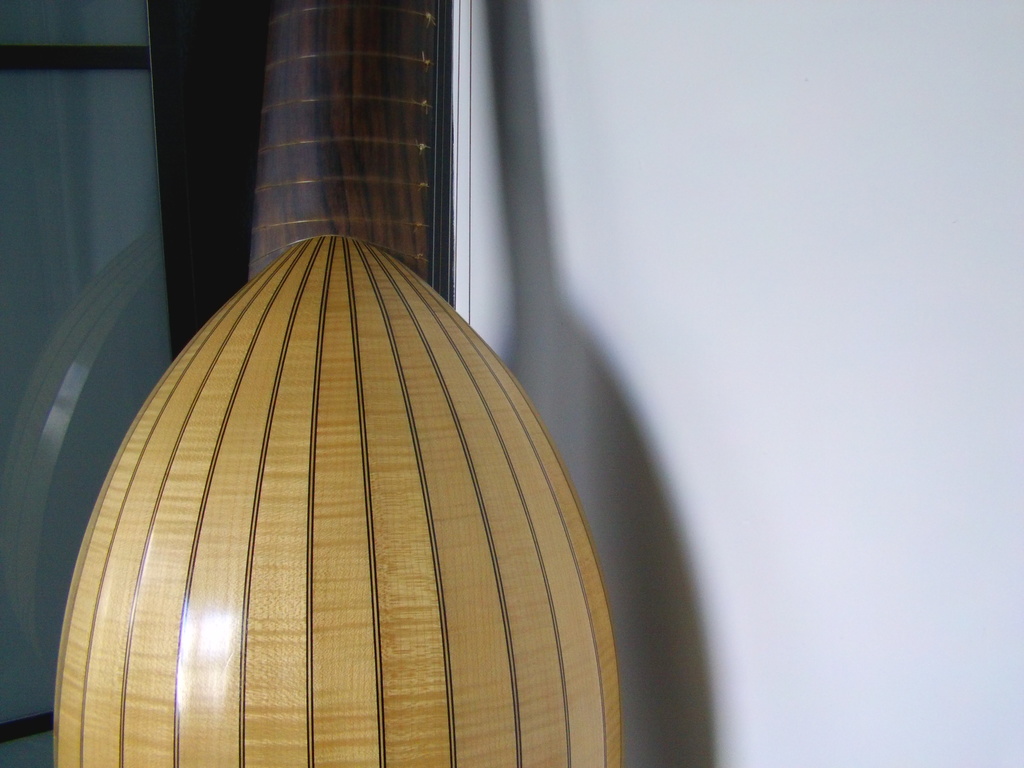