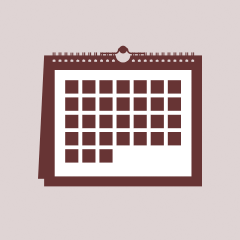 Export to Outlook or iCal (.ics)

Internationally renowned classical guitarist Stanley Alexandrowicz will perform a recital "Romantic & Contemporary Virtuoso Guitar Works" on Sunday, July 8, 2012, 2:00 PM, at the Windsor Art Center. A specialist in both 19th Century Romantic guitar music and Contemporary guitar works, he will be performing the first portion of the concert on a 10-string, double neck, 19th Century "period instrument" (as used by the great guitar virtuosi of that time). The second section will feature Contemporary works played on the modern classical guitar.

Johann Dubez" Walzer (Six Waltzes for the 10-string Guitar ) open the recital in the spirit of "Old Vienna." Romantic works by Napoleon Coste (France), J. K. Mertz (Hungary), and Luigi Legnanni (Italy) follow. Each was the pre-eminent virtuoso of his time and country, and their wide-ranging compositional styles reflect the influences of Liszt, Chopin, Mendelssohn, and Paganini.

The second portion of the concert begins with five works by American composer Ernst Bacon. Bacon's music shares its aesthetic with that of his good friend photographer Ansel Adams, and expresses his "Early Americana" through use of "Hymn Tunes" and popular materials. Czech composer Vaclav Kucera's powerful "Diario—Omaggio a Che Guevara" (1971) continues the recital. Described by British composer and musical journalist John Duarte as a "musical-political" document, recording five notional, critical days in the life of its eponymous, revolutionary hero," this work exploits the sonic possibilities of the modern classical guitar to their fullest. Works by Argentinian composer Astor Piazzolla close the recital. For more information: www.stanleyalexandrowicz.com

Classical Guitarist Stanley Alexandrowicz is becoming internationally renowned for his virtuosic musicality, insightful interpretations, and refined guitarism. In addition to his command of the instrument's standard repertoire, he has premiered and commissioned over 100 works by composers from Europe, Asia, North America, Cuba, and South America. He is truly an "artist-of-our-time."

A native of New Jersey, he began his musical studies at the age of eight, and was soon receiving both awards and accolades. He next entered the Manhattan School of Music wherein the influence of his mentor Manuel Barrueco profoundly influenced his musical outlook. He was awarded the "Doctor of Musical Arts" degree in 1994.

An ALBANY RECORDS recording artist, Stanley Alexandrowicz's recording of Dominick Argento's Postcard from Morocco with the Curtis Opera has recently been released (ALBANY TR1098-99). Forthcoming in Winter 2009-10 is new CD of 20th and 21st Century American guitar works (Ernst Bacon, Brian Fennelly, Kendall Kennison, Eric Sessler, Edward Green, and Carlton Wilkinson). He has been honored with the Ernst Bacon Society's recording grant to commit to CD the premiere performances of the composer's works for guitar. (He is also editing these works for publication).

A scholar and specialist in the field of 19th Century music, he often features the virtuoso Romantic guitar repertoire in his concert programs - both in conjunction with the "music of our time" and, in recitals devoted to the Romantic Art.

Performances during recent concert seasons include New York, Philadelphia, Baltimore, and Princeton, and include the U.S. premiere of Vaclav Kucera's "Concierto Imaginativo-Homenaje a Salvador Dali" for guitar and string orchestra (Balimore), and his "Diario-Omaggio a Che Guevara" (NYC), in honor of the composer's 80th birthday year.